I am not a photographer

During a recent conversation with another Dave he pointed me at the Facebook group “No, you’re not a photographer, you just own a camera” (update May 2011: this no longer exists).

Whilst I don’t agree with most of the comments on there (they are generally rude and unhelpful) it does raise an interesting point: How high the bar should be set for whether you are really a photographer or not?

Many people, including those who charge for wedding pictures, seem to think that an entry level Canon or Nikon digital SLR with an extra lens is all that is required.  Now I’m not equipment bashing, some of them take fantastic pictures.  But that “some” is probably less than 0.5%; it is really sad just how many photos are really just average, overprocessed snapshots.

To explain my point, I’ll use two pictures I have taken very recently.  Here’s the first one: 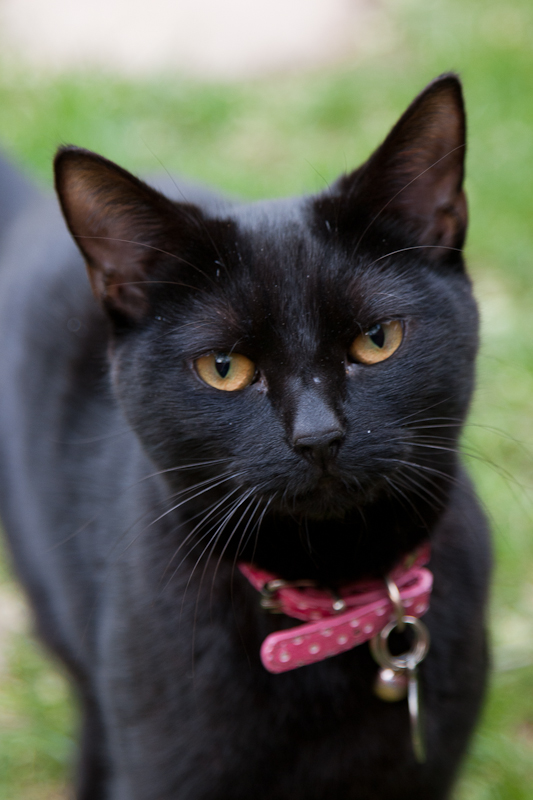 Look at that amazing bokeh in the background!  Look at the way the cute little face is super sharp and the rest of her isn’t!  But really, it’s just a cat.  Unless you know the cat you probably don’t care.

This is the sort of image which becomes incredibly easy with a SLR and 15 minutes practise.  And guess what, that doesn’t make you a professional photographer. 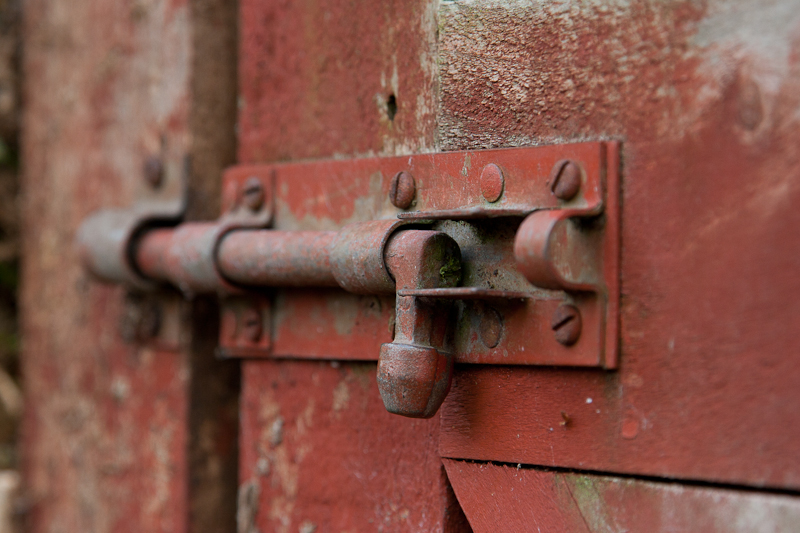 Look at the awesome colours!  Feel the rustic vibe!  Oooh at the focus once again as your eyes travel around the image looking for.. well.. something interesting.  It’s not art.  It’s not good stock photography.  It’s just a rather average bolt attached to a gate that somebody happened to paint a rather hateful colour.

Now before I am criticised for taking the fun out of photography, that isn’t my point at all.  I took the first picture because the cat is owned by two people I know, who cooed over it like proud parents. The cat hated the camera too, which was a bonus.

The second was an opportunistic shot as I wanted to see just how close my new lens would focus in macro mode. Quite close apparently!  I’m rather happy of how it came out as I took it hand-held (albeit with image stabilisation), but that’s a relatively geeky photo-obsessive thing to worry about.  Unless you are terrible with a camera, most anything except super macro will look sharp at 800 pixels wide on a computer screen.

However, neither photo required any more skill than setting the camera to Program mode and hitting a button.  Neither has a unique selling point, neither couldn’t be emulated by somebody with a minimum of teaching.  In actual fact, neither of the above images have any adjustments (exposure or otherwise) and that’s something I try to aim for.

I got great enjoyment from going out with my camera that day and I learned a bit too.  But nowhere near enough to justify calling myself a “photographer” or worse still charging for wedding photography and delivering poor results.  Many people only get married once and that’s a darn good reason not to ruin their day.

By all means post your photos online and take criticism, it’s the best way to improve.  Relish the fact that any digital SLR will take pictures that most compact cameras simply can’t, and that will put you above most of the rest of your friends and family.  I love looking back at my early pictures and laughing at all the silly mistakes I used to make, whilst I’m happily oblivious to the ones I am still making.

To wrap up slightly more positively, a link to the flickr page of a friend, Angela.  She has been taking some lovely photos recently which deserve recognition, including a few very cute ones of some kittens.